"If I have a thousand ideas and only one turns out to be good, I am satisfied." – Alfred Nobel.

In the spirit of Alfred Nobel's famous quote, we decided to release Conversations Video Chat as an official app on the Atlassian Marketplace after winning Atlassian's ShipIt Live contest at Atlassian Summit Europe 2017.

As with many ideas that have come to project fruition over the last few years, we learned a lot during the lifetime of this product:

Conversations Video Chat went live in October 2017. Now, almost 4 months later, we're an experience richer and have to admit that while the enthusiasm was high, there just wasn't that much real world demand for the app. We originally thought it was a great idea to make Conversations publicly available via the Atlassian Marketplace based on feedback we received from ShipIt Live. As it turns out, the idea's appeal wasn't as broad as we thought.

For us, the benefit of having a conversation directly on a Confluence page sounded great. The usage statistics and adoption we've seen so far have unfortunately proved there just isn't much demand. Instead of using Conversations, people seem to prefer HipChat (or soon Stride) or other video chat tools that they already have in place. It might also be that the collaborative editing feature in Confluence is not as popular as we thought it would be. Or perhaps there just haven't been enough use cases where having the ability to talk to face-to-face in the editor would be a real benefit.

All these facts lead us to the decision to sunset Conversations Video Chat.

We came to this decision with mixed feelings, as we really liked the product and received such great feedback at ShipIt Live. That said, we don't see this project as a failure, but rather a valuable lesson learned that will help us with the development and communication of our other apps and future projects. We can now focus more on our existing products and exciting new ones which are already in the works. Stay tuned for more news.

We'll remove Conversations from the Atlassian Marketplace by the end of today (February 13th, 2018 at 6:00 pm CET) and will do the same with all information on our website. Existing customers can still use the product until the end of the month and will receive full support, but should not renew their cloud license, as the app will no longer work starting on March 1st.

If you feel you can't live without Conversations Video Chat, please shoot us a line via hello@k15t.com and we'll find a way to help.

Want to stay in the loop? Get the latest updates on all our products by signing up for our newsletter. 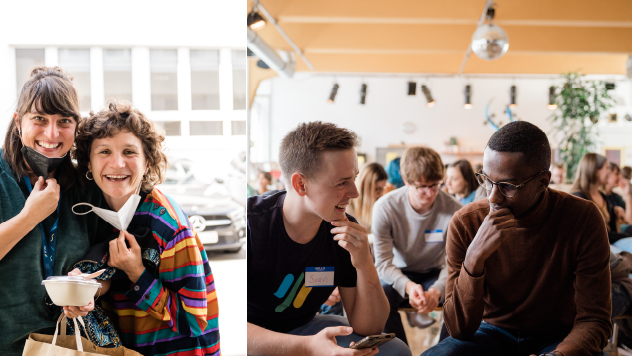