Despite the title, this blog post isn't actually about acronyms. It's a brief wrap-up of the Atlassian User Group (AUG) in Hamburg (HH), where I gave a presentation about Backbone – Issue Sync for JIRA (BAC is our internal handle).

It was the first AUG meetup in Hamburg for 2016, and also our first AUG talk this year. The event was organized by Kai Gottschalk (Xing) and hosted at the new Codecentric AG office, right near the famous Hamburg Fischmarkt.

We've been to many AUGs in the past, and this was the first time we've seen one packed to the point where there weren't enough seats for all of the attendees. According to the feedback Kai received, many people came to the event solely based on the two talks that were announced. 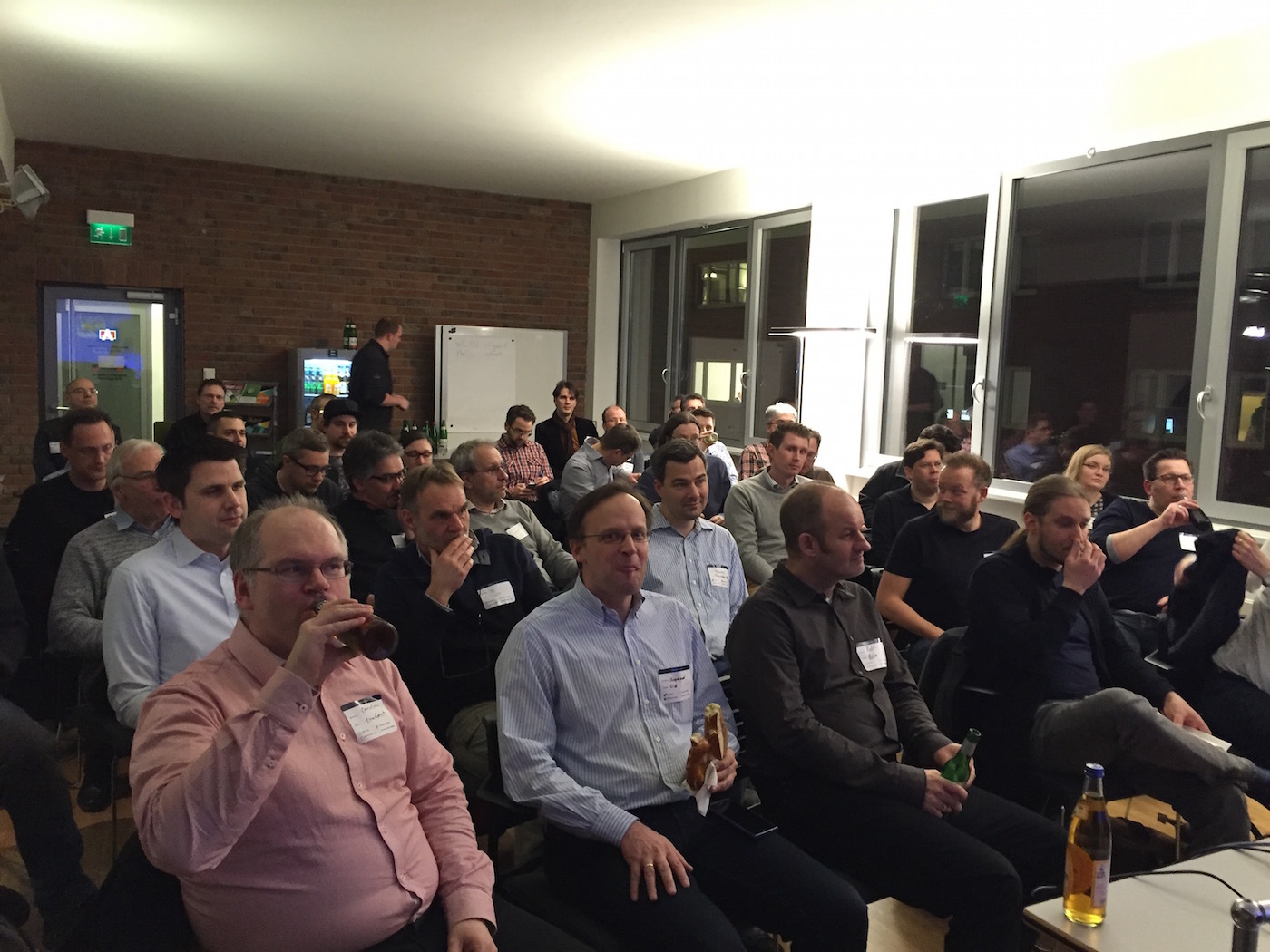 Christian Lemster (Comdirekt Bank) spoke about their in-house-developed Requirements Management approach. To implement it, they needed tighter integration between Confluence and JIRA, so they developed their own enhancements to provide the functionality they required. 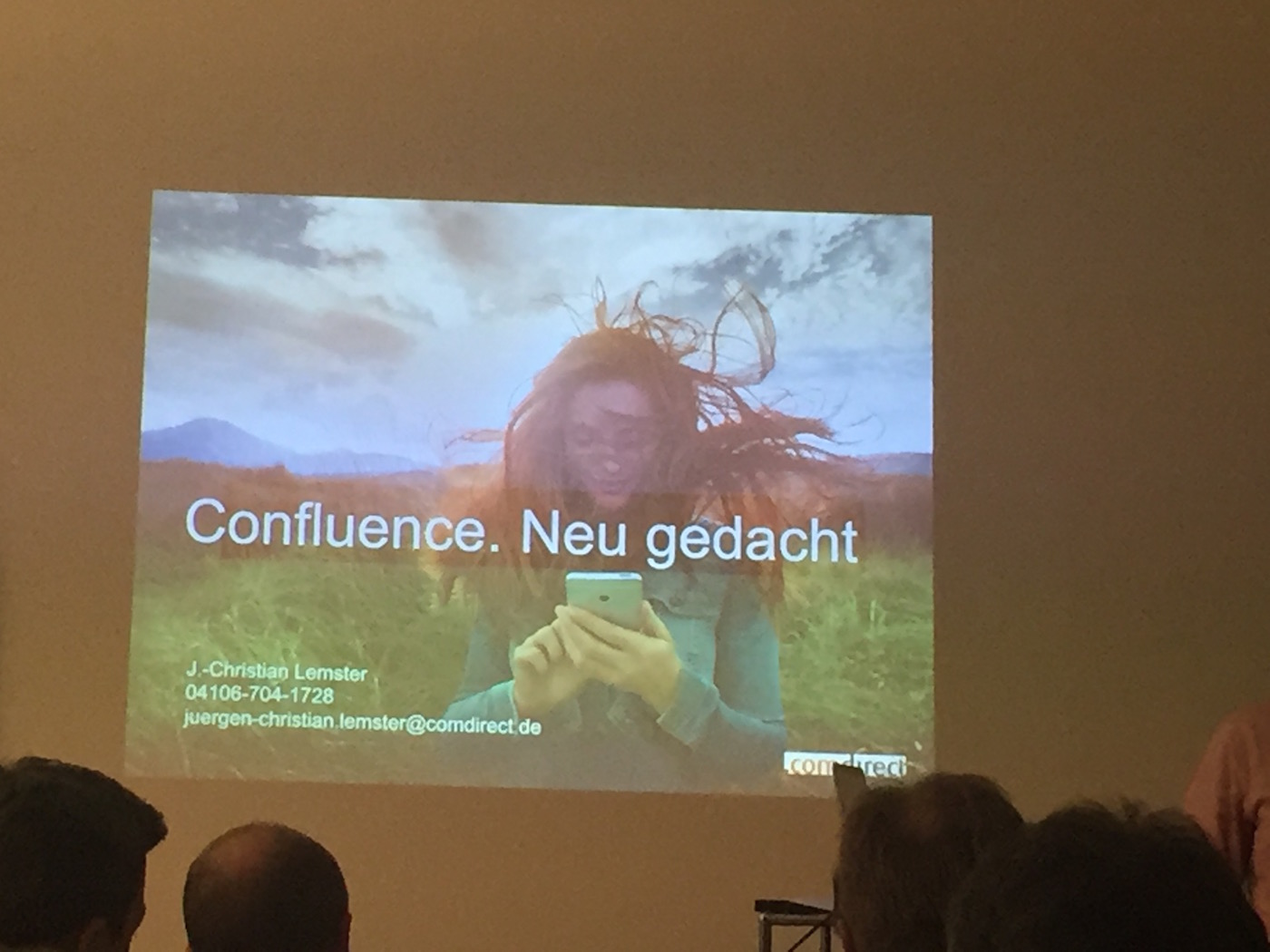 My talk was titled Bridging the Gap: Team Collaboration in JIRA. I outlined some of the general approaches for integrating external parties in a team, and then described how to collaborate across multiple teams using JIRA. The highlight of the talk, however, was an update on the development of our Backbone – Issue Sync for JIRA Add-on, and a sneak peek at the solution itself. 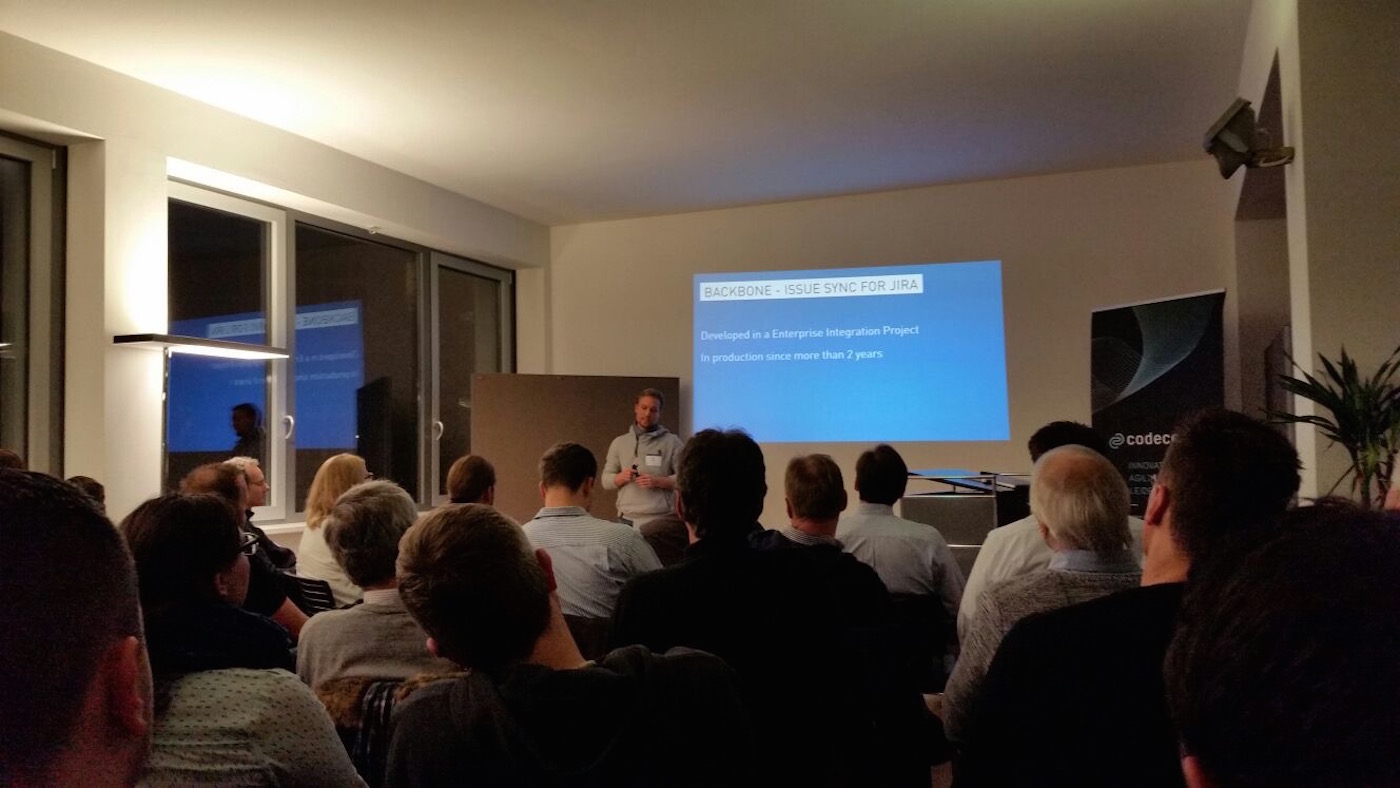 I demonstrated the configuration UI and outlined potential deployment scenarios. Although Backbone has been in use in large-scale enterprise solutions for over two years, we wanted to hold off on a commercial Atlassian Marketplace release until we've refined the UI to be simple and intuitive enough that JIRA administrators would be able handle everything themselves without involving our professional services. 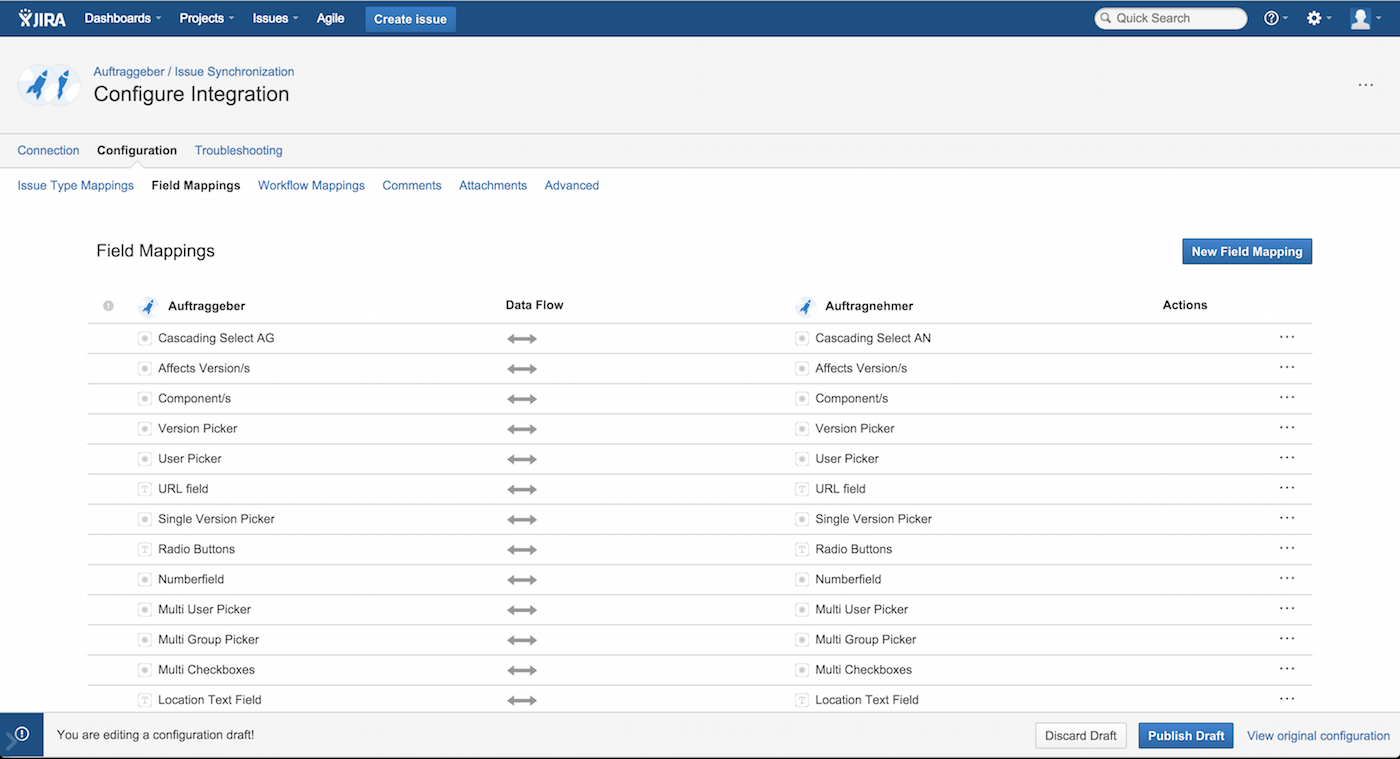 And for those of you who weren't there, here's a glimpse of the configuration UI's Field Mappings screen.

Backbone – Issue Sync for JIRA will be appearing on the Atlassian Marketplace very soon. Click the link below to get updates on the progress and release of this game-changing add-on.

Click to learn more or get email updates about Backbone.